Adding drops to the ocean of change

In the third decade of the 21st century, raising awareness of climate change – its causes and its effects – is still a central concern for society, and it is an area in which Business Schools can lead.

Oreva Atanya, Manager of the Lagos Business School Sustainability Centre at Pan-Atlantic University, sent out some words of caution for Business Schools in a session at the AMBA & BGA Global Conference 2021. ‘Even with our multiple programme streams, including the executive MBA and the full-time MBA’, Schools are only directly influencing a limited number of people,’ she said, adding that these people will come up against different perceptions and interpretations of the problem, and varying priorities.

Awareness and agents of social change

‘People have other problems,’ agreed Julianna Paola Ramírez Lozano, Director of Sustainability at CENTRUM PUCP. ‘With social issues, corruption, and all the other problems, climate change is on another level.’

Ramírez Lozano told attendees that her dream is for everyone in the world to read Bill Gates’ book How to Avoid a Climate Disaster, because the key is to understand the problem. Business Schools must seize their opportunity to raise awareness, she argued, not least because ‘the media and a lot of government organisations don’t speak about this problem’. MBA students can then have an impact in their communities. ‘I believe that our students are agents of the social change,’ she said.

Awareness is also one of four ‘virtues’ that should be prioritised for the future (alongside empathy, prudence and courage), according to Jako Volschenk, Head of MBA Programmes at the University of Stellenbosch Business School. ‘MBA programmes must raise the awareness of students. I think the number one problem is that people aren’t aware of what climate change is, who’s causing it, and so on,’ he said.

Talking of empathy, he added that ‘most of us in Business Schools are, by world standards, super rich, but we have to take on the role as stewards of society’. Prudence relates to ‘the idea that you know when you have enough, you stop. There’s not enough for everyone to live an extremely wealthy life’. And emphasising courage, he said: ‘We have to teach students to take on leadership and say, “we can do something and we want to do something”.’

Meanwhile, Louis Hébert, Director of MBA and EMBA programmes at HEC Montréal, highlighted the importance of looking at a Business School’s operations as well as its programmes and teaching. Not only does this increase awareness but it also adds credibility to a School’s other outputs in this area.

‘We felt that it was also essential for us to be an example if we really wanted to have an impact in our society and communicate the importance of climate change,’ he said.

‘We needed to run the Business School in a way that was consistent with our belief in the urgency of climate change, so that has led us to introduce a variety of initiatives addressing those issues in the way that we manage the Business School.’ He added that the School has since been able to cut its carbon footprint by half.

In one example, Hébert described how a relationship with a local NGO had enabled 250 out of the 300 computers discarded each year to be given to primary and secondary schools, at home and overseas. ‘We were reducing the amount of waste but also helping other educational institutions,’ he said.

Voices of change emanating from the world’s Business Schools can have a significant impact, in terms of enhancing people’s understanding of global issues and inspiring people to take action. Atanya concluded: ‘There’s something we say in Africa: little drops of water make a mighty ocean.’

This article is adapted from a feature that originally appeared in Ambition – the magazine of the Association of MBAs.

Can business schools shape the future of our world? 

When and how to negotiate your salary 

Salary discussion need not be the preserve of the most confident or experienced few, says Talent.com’s Noura Dadzie. Find out to broach the subject and start developing a skill you can use throughout your career 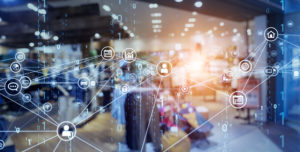 What does the future hold for the retail industry?

Is the retail sector a good career option for business graduates in the current climate? David Daly explains why he believes it is, drawing on the level of innovation and opportunity he sees in his role as chairman of Frasers Group