The impact of pursuing CSR investments on financial performance varies across studies, so where does the truth lie? And how do they affect the tenure of those at the helm? Jérôme Barthélemy, executive vice president and professor at ESSEC Business School, investigates

The relationship between corporate social responsibility (CSR) and performance is a frequent topic of research. The problem is that the results vary across studies. Some conclude that the relationship is positive, while others find that it is neutral or even negative. How can this surprising state of affairs be explained?

A review of dozens of studies published in the top academic journals showed that the relationship between CSR and financial performance is slightly positive. Furthermore, the intensity of the relationship depends on which journals publish the studies.

The (positive) relationship between CSR and profitability is twice as strong in articles published in journals specialising in ethics as in economics, finance and accounting journals. The results of the studies that are published in management journals lie between these two extremes, although they are nearer to the ethics journal publications. This may seem odd. Since all the researchers are examining the same problem, study results shouldn’t differ between publication outlets. The meta-analysis revealed that these differences are mainly attributable to ideology.

Ever since Milton Friedman, economists have tended to be sceptical about CSR, believing that it always has a negative effect on profitability. The upshot is that economic, finance and accounting journals tend to publish studies showing a negative or (at best) weakly positive relationship between CSR and financial performance.

Management researchers are less categorical. Unlike the economists, they don’t systematically reject the idea that socially responsible behaviour can enhance profitability. Nor do they have the pro-CSR convictions of ethics researchers. As a result, the studies published in management journals have the most nuance.

What can we learn from this meta-analysis? The first takeaway is a warning: beware studies exploring topics with ideological connotations. CSR is undeniably one such topic. Some people think CSR should be a requirement for all firms. Others see it as a heresy that does nothing but distract firms from their true purpose, which is to create value for shareholders.

Although studies published in academic journals are more objective than reports published by think tanks, they can still contain biases. Academic journals play a ‘gatekeeper’ role for the screening and dissemination of knowledge. A study that finds a strongly positive relationship between CSR and financial performance corroborates the ideas held by ethics journals editors and reviewers. So it has a much better chance of publication in a pro-CSR journal than in an economics, finance and accounting (or management) journal.

The second takeaway is more encouraging. Annoying though it may be for the ethicists, nobody has yet managed to prove that CSR is good for financial performance. But neither has anybody proved the opposite. So why wouldn’t firms adopt (more) socially responsible behaviours? It would enhance their image without being bad for profits (or shareholders). And it’s a fairly inexpensive way for business leaders to do good.

How investments in CSR affect a CEO’s tenure

While there is no evidence that CSR strategies get in the way of business, research shows that they have a subtle effect on the tenure of CEOs at the head of a firm.

Indeed, results show that a business leader’s view of the importance of CSR has no direct effect on their tenure. CEOs who make significant investments in CSR have neither more nor less chance of being shown the door than CEOs who make no investment at all in CSR. However, CSR investments accentuate the impact of financial performance on the way shareholders treat CEOs.

The opposite applies when a firm’s financial performance is poor. In that situation, financial markets tend to think that the CEO’s focus on CSR has been detrimental to creation of value for shareholders. A CEO with poor financial results who treats CSR as very important runs almost twice the risk (+84%) of getting marching orders than a CEO with good financial results who pays little attention to CSR.

So, is investing in CSR advisable for a CEO keen to stay at the helm? It all depends on the firm’s financial performance. If it’s good, a CSR-focused CEO will hold on to the job longer than counterparts with less of an interest in CSR. If it’s poor, the same CEO will be dismissed faster. Financial performance thus remains a priority for the markets. They have no objections to CSR… as long as the financial results are there.

Jérôme Barthélemy is executive vice president, dean for post-experience programmes, corporate programmes and relations, and professor of strategy and management at ESSEC Business School, Paris. He has been a visiting professor and visiting research scholar at New York University, Stanford University and Cambridge University, and is the author of Myths of Strategy (Kogan Page).

How are business schools making a positive impact on the communities in which they operate?

What does your business stand for?

It will be difficult to remain relevant unless businesspeople can clearly state what they stand for, says Five Horizons author, Steve Sanders 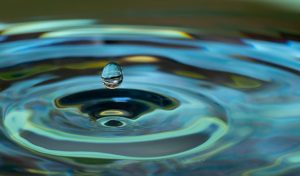 How impact and CSR feed into the sustainability debate, and what Business Schools could and should be doing to exert a greater influence on business and society