GaYme Changers at work: how the LGBT+ community and their allies are changing the global economy

GaYme Changers at work: how the LGBT+ community and their allies are changing the global economy

In many areas, there have been impressive changes in the acceptance and recognition of LGBT+ individuals. This includes their role and contribution to creativity, dynamics, and success of companies in markets and economies.

However, a closer look at the intersection of economic goals and human rights endeavours reveals a multifaceted picture across the world.

Based on the findings of his book GaYme Changer: How the LGBT+ community and his allies are changing the global economy, Jens Schadendorf will explain why the economically and morally driven LGBT+ equality movement in workplaces and markets faces a watershed moment: it can win or lose.

In order to win, the fast-growing LGBT+ ecosystem of states, individuals – including allies – companies, their C-suites, NGOs, and organisations will have to be smart, flexible, and quick to learn.

In any case, a new game is afoot – one that is addressing the business and human rights case of LGBT+ equality simultaneously, and one that is more political than ever before.

In this interactive webinar, Jens will outline 10 key drivers, trends, and fields of action for companies and related players what should be addressed to be a winner in the respective context and to reach the next level of diversity and inclusion.

Jens Schadendorf is an economist, keynote speaker, and independent LGBT+ researcher at the Technical University of Munich (TUM).

He focuses on LGBT+ equality, responsible business, and organizational and social change and has written for leading German media, including FT Deutschland, Zeit, and Spiegel as well as having published several books.

He holds a degree in shipping management and a master’s in economic and social sciences from the French-German university of Fribourg, Switzerland, as well as having undertaken postgraduate studies on East Asian economic development and culture in Bangkok and Singapore. 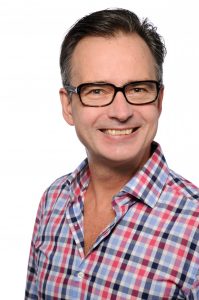 Register for the webinar

Looking to the future: the move towards lifelong learning

What skills are organisations looking for in the talent they employ, and how can Business Schools instil these?

We need to start thinking in a more circular and less linear way when it comes to the world’s precious resources, and take a phased approach to meeting climate targets, says Keith Charlton, COO at retail solutions firm, Mainetti

How to become a beautiful leader

Beauty expresses the idea that we can seek the good and manifest it in all that we create in this world, says Alan Moore, author of ‘Do Build’. Discover how ‘beautiful’ leadership can be a frame for business