BGA is delighted to announce a series of exclusive workshops for BGA members focused on improving employability and optimising your job search process, to be delivered in July 2021.

Each session will focus on different aspects of employability improvement, including a panel discussion. BGA members that attend all four sessions will go in the draw to win a consultation careers package with CVIA, worth £300. All sessions are delivered free of charge.

Learn more about each workshop using the prompts below.

AI and your job application: how to beat the bots

Join Rachael Frear, BGA Membership Manager and Ryan Cottell, Head of Customer Success at Abintegro, to discover the latest insights on how companies are using AI, and how you can optimise your job application process by using the various tools within BGA’s Career Development Centre.
View recording


In this session, discover how to write a CV that is in line with current CV writing and personal branding in a way that sets you apart from the crowd.

This session is hosted by Alistair Morris, Head of Sales & Partnerships at CVIA.
View recording


Join Alistair Morris, Head of Sales & Partnerships at CVIA, who will leverage his many years of experience of writing CVs, Executive Biographies and LinkedIn profiles to help you to create a powerful profile that will maximise your visibility and showcase your talents.
View recording

Job searching during a pandemic – a panel discussion

A discussion to provide insights about business graduate recruitment during the pandemic, moderated by AMBA & BGA’s Marketing and Communications Director, David Woods-Hale. 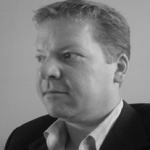 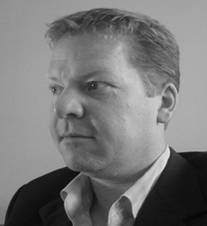 Alistair is a former business owner and senior person within the recruitment and career development sector, who has spent the last 10 years helping professionals and executives to move forwards in their career.

Alistair’s role within The CV & Interview Advisors is threefold: to deliver the company’s leading-edge content through presentations to often global audiences; to act as their lead CV and LinkedIn profile appraiser – he has reviewed over 40,000 CVs for individuals across all sectors; and to manage relationships with the company’s wide variety of partners, which include leading institutes, associations, job boards and recruitment businesses.

Alistair is passionate about providing individuals with valuable insight into how their critical Personal Branding tools – primarily their CV and LinkedIn profile – can be improved to drive more interviews, for better jobs, at a higher salary. 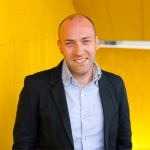 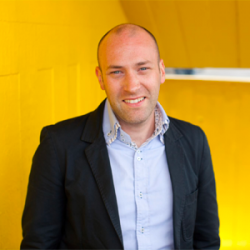 David is Director of Marketing and Communications at AMBA & BGA and is responsible for the management of its magazines Ambition and Business Impact, as well as devising and executing AMBA & BGA’s global communications strategy, and overseeing its research and insight centres.

Prior to joining AMBA in 2016, David held a variety of roles in journalism, publishing, and marketing, with his most recent role prior to joining AMBA & BGA being Creative Director of the marketing agency Humm Media, representing clients including The Dorchester Collection of hotels.

He was Editorial Director for the US and UK at the international books, journals, and magazine publisher LID Publishing (now LID Business Media), during which time, the company launched more than 20 top 20 best-selling business books, including Not Knowing which was named management book of the year by The British Library and The Chartered Management Institute. In 2013, David was invited to launch and edit an international business journal for Duke University (US).

David has written for publications including PRWeek, Money Marketing, HR Magazine, The Guardian, Corporate Adviser, Management Today, The Economist, The BookSeller and The Independent as well working on TV productions including Don’t Blame Facebook.

He has an MA in History and Divinity from The University of Aberdeen and a further Post-Graduate Diploma in Publishing and Journalism from The Robert Gordon University. 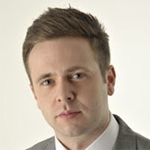 Ryan is the Head of Customer Success Manager at Abintegro and is focused on supporting project launches, driving user engagement across all Abintegro customers and ensuring that maximum value is being received. He is also involved in the production of promotional and training material for use by Abintegro clients. 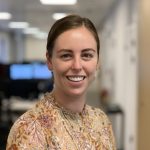 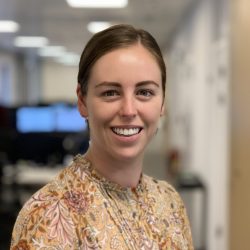 Rachael is the Membership Manager for the Business Graduates Association (BGA) at AMBA & BGA.

Rachael joined the organisation in 2019 and is responsible for overseeing BGA’s student and graduate membership proposition, as well as supporting BGA’s member, validated, and accredited institutions in maximising the services available to them through their BGA relationship.

Rachael is a New Zealand national, educated at the University of Otago. she holds a bachelor of commerce in marketing and BSc in physiology. 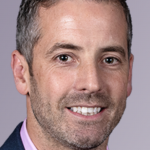 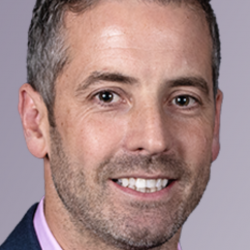 Richard Schofield joined AMS in 2011, currently serving as Managing Director of Client Services in the UK&I region where he is responsible for supporting outstanding partnerships with blue-chip clients in meeting their strategic business objectives, through building first class talent solutions. In prior AMS roles, he spent his first five years developing and growing the organisation’s strategic workforce planning consulting practice, then moved into a Client Services Director for the organisations Retail Banking and Financial Services sector.

Richard has a degree in international business and finance. Passionate about the talent acquisition and management industry, he regularly shares his expert insight, experience and knowledge at a number of leading industry conferences and seminars. Richard has worked in a variety of industries and has more than 20 years’ experience in both senior planning and resourcing roles, providing him extensive knowledge across the talent spectrum.

Richard’s early career in retail sparked an interest in understanding the impact that planning and resource management had on the ability of a business to achieve its strategic goals. 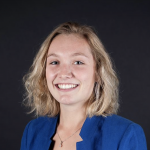 Léa Galopin has been a basketball player since the age of five and is in love with travel and discovering more about the sports ecosystem.

Her studies have helped her work with some of the world’s the biggest sport entities to organise international events. She has been able to build her early-stage career working with sporting organisation committees, rights holders, and sports newspapers across European or International sporting events.

Léa graduated from NEOMA Business School in June 2020 having studied the Master in Management programme in a double degree with a course in sports management at the University of Rouen. She did an apprenticeship with the French Rugby Federation. The federation called her back a few months after the end of her apprenticeship to offer her a project management position. She is working on the organisation of the next world cup. 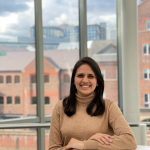 She pursued 18-month full-time MBA at Alliance Manchester Business School with a strong focus on strategy and consulting. During this time, she had opportunities to work on challenging projects and formulate highly calibrated and data-driven business strategies for clients across the retail, financial services, and manufacturing sectors.

Graduating from the MBA in summer 2020, she joined ASDA, one of the UK’s leading supermarket chains, as a Corporate Strategy Manger. Her role is twofold – to act as internal consultant and solve key strategic business questions and share recommendations with executives; and to evaluate the long-term strategic direction of ASDA.

Looking to the future: the move towards lifelong learning

What skills are organisations looking for in the talent they employ, and how can Business Schools instil these?

We need to start thinking in a more circular and less linear way when it comes to the world’s precious resources, and take a phased approach to meeting climate targets, says Keith Charlton, COO at retail solutions firm, Mainetti

How to become a beautiful leader

Beauty expresses the idea that we can seek the good and manifest it in all that we create in this world, says Alan Moore, author of ‘Do Build’. Discover how ‘beautiful’ leadership can be a frame for business